"[…] I would never leave Kosovo – I love this chaos way too much. In Kosovo, you are always working on something or repairing things. Everything is bad or broken …. To change that or to repair things is what keeps me motivated to stay here. […]"

Lendi Mustava is 22 years old, usually wears a dark hoody and whizzes with his skates through the city of Prishtina. As a project manager, he earns his living from the Center of Equality and Liberty. As a child, he dreamed about going to the military. However, he never fulfilled this dream. Due to his transgender identity, he was banned from military service in Kosovo. Lendi is the first person in Kosovo to officially come out as a trans person. With his coming-out, he addressed a social taboo, which had changed his daily life. His face is a symbol of change and resistance. He is seen as a pioneer in the LGBTI movement and he invests an enormous amount of time and energy in the development of the emerging LGBTI community. He organizes workshops all over the country to sensitize people. There is hardly time for leisure time since he is usually somewhere helping others. Although he is constantly confronted with verbal and physical attacks, he fully commits to the LGBTI minority in Kosovo. Today, he dreams of a LGBTI bar, a place in which each individual is welcome, regardless of gender and sexuality. 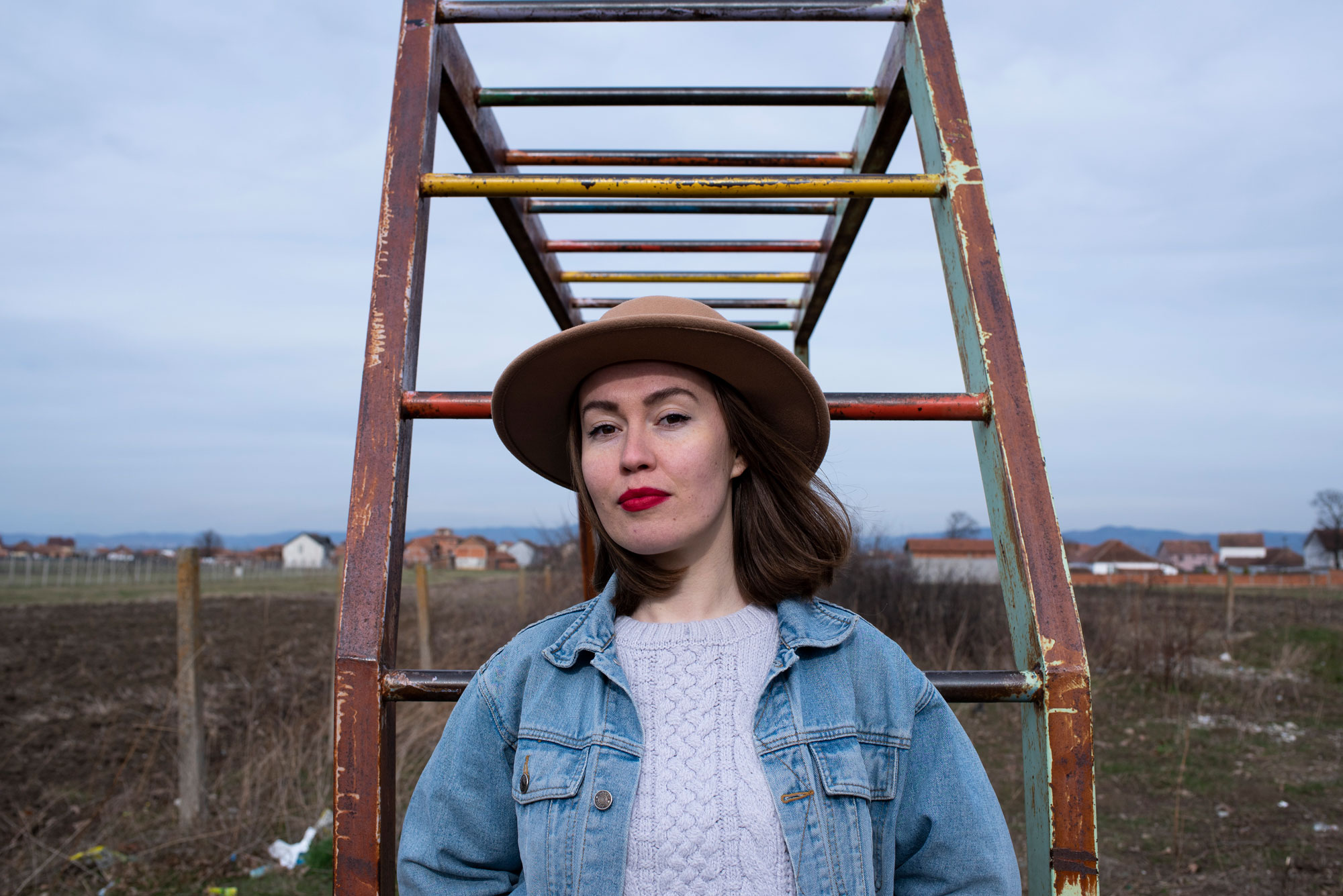 "[…] People here in Prishtina know me as 'the shouting' or call me by my Poetry Slam 'the logic of patriarchy'. […]"

Adelina Tershani is 22 years old and a feminist-activist. She recently started working for the NGO Kosovo’s Women’s Network. Raised in a small town near Lipjan, she learned about the country’s patriarchal structures as a child. Patriarchy is very dominantly represented Kosovo, be it in institutions, in society or even in the own four walls. During the demonstrations on 8. March 2019, the crowd follows Adelina’s voice. At the front, Adelina eloquently shouts demanding statements in her megaphone. When an old man urges her to remain silent, she laughs and shouts louder. It is not the first time that men ask her to be quiet. As an activist, she is daily confronted with threats like “be quiet or you’ll end up dead or you’ll be raped”. She critiques Kosovo daily – however, she does not have a vision for Kosovo.